A downloadable game for Windows and Android

Scroll down for link to free demo

The game is still currently in development so there is a relatively small amount of content at the moment and there will likely be bugs here and there.

I will be updating the game regularly to add more content and increase the quality and stability of the game.

Purchasing that game here will also entitle you to your choice of either a Steam or Quest key at the time of the final launch.

Besides purchasing the game here, you can also get access to the latest build of the game on my Patreon as well as my other creations for only $5 a month. Once reaching $30 total in Patreon subscription fees, you will be given an Itch key to keep.

If you purchase the game through Itch or earn an itch key through Patreon, you will also have your choice of a Steam or Quest key at launch.

- Physics based combat that allows you to block/counter enemy attacks. Enemies will also attempt to predict and block player attacks

- A large range of weapons, including a katana with a working sheath and throwing weapons.

- Interact with and recruit NPCs to help you fight.

- Collect friendly yokai monsters to help you in battle

- Use your money and ingredients to purchase items from shops

- Meet interesting NPCs and complete quests for them to advance the story and unlock new areas and quests.

- Two original soundtracks, drum 'n' bass and Lo-fi (player may chose if they wish to hear tracks from one or both albums)

- An optional 3rd person camera (only affects output to main monitor, game will still be in 1st person for view in HMD) that is great for streaming and content creation(PCVR version only).

- Intense volumetric blood effects (can be turned off in settings)

Join the Discord to be notified of updates!

In order to download this game you must purchase it at or above the minimum price of $29.99 USD. You will get access to the following files:

Might have to put this on my X-mas wishlist, but one way or another, I'm getting it!

Hey im keen to play this just need to save money up for it since its 30 usd i think thats 50 for me idk but when u buy it. it a steam game like it will show up on steam and im using quest 2 with vd so idk if im gonna get lag on it

You launch launch the game by double clicking the .exe

You can also get it from Patreon.com/TabGames

You can download the latest build for $5 a month and when you hit $30, I send you a key.

the game will not be free

If you're playing on the Quest make sure you sideload it using Sidequest.
If you need help, hope on the game's Discord.
There's a FAQ covering most issues with Sidequest and if you don't see your issue there, someone on the server should be able to help you out.

what is the discord server

Hello! I downloaded the demo, but it's like... really buggy with tracking. I think it may be the same demo I tried a few months ago on Steam. Does the demo have all your latest engine changes?

This looks really cool! I saw it has a 2022 release date. I'm curious how far along it is, and what I can expect, if I do drop the $5 on Patreon for build access. Thanks!

There's been several changes since last month but nothing I believe would affect tracking?
May I ask what kind of VR set up you're using?
I'll look in to trying to finding/fixing the solution.

Seems to be specifically the right arm when sheathing/unsheathing

I added stuff to keep that from happening. Crazy physics stuff will still happen on occasion but they've been greatly reduced.

There's another issue causing crashes right now if an enemy gets stabbed in the same spot with two weapons at the same time, but I'm working on redoing a lot of the combat physics, which will fix that issue.

are you trying to install it for PC or Quest?

when will it be on the main Oculus store

Towards the end of the next year is the plan.

Hello! am having issue with downloading the game and im not sure if im being stupid or not. When i download the game it seems to download your other game vehicular rampage instead of Samurai Slaughterhouse.

I accidentally uploaded the wrong file, bit this has been corrected now. :)

I brought the game but when I try and install it on side quest it immediately cancels the download. I can download the demo fine but it's the full game thats giving problems

Hop on to the game's Discord server if you can.

We have a FAQ that covers all the common sideloading errors and if that doesn't help, we can help you in the chat.

Either me or another community member. We have a lot of knowledgeable users on the server.

Haven't heard that one before. Maybe try doing a full uninstall of the game and then reinstall it again.
If you're still having trouble, hop in to the Discord and someone will probably know what to do.

i got it to work! Thanks!

playing on quest 2 through sidequest, cant get past the initial load screen. Just standing there with white all around me.

Is it your first time playing or did you just update it?

Also make sure you have the latest version. V0.6.3160 has a bug that keeps you from starting a new game.

i just bought it and downloaded from the main screen on here so im not sure which version it is.

Found the problem and am pushing a new build right now!
Should be finished uploading in a couple minutes.

Sorry about that and I hope you enjoy the game!

you rock.. edit: upon trying to download the new version i get a "there was a problem parsing the package" error.

Hi, why isn't this game in Oculus App Lab?

AppLab has a limit on how large the main file size can be. The game is just over the limit, so I'm not able to upload it on to AppLab.

I think you may be out of space and need to remove some stuff first.

If you still have trouble, hop on the Discord server.

Thank You For The Response. I Was Downloading Something Else Yesterday And Yep It Filled Up My Drive. I'm Going To Try Again Now That I've Made Some Room.

Sweet! Hope you enjoy the game!

Today I Will Be Downloading This Title... I've Kept My Eye On It From The Moment It Was Posted. After Trying The Demo Finally I Am Confident This Will Be A Banger.. The Soundtrack. The Fresh Art Style. After Further Reading The Collectables And Recruiting System Sounds Like More Then Enough To Keep Me Posted. I Plan To Edit This Post Once I've Had A Chance To Witness The Dev's Vision... I'm Amped.

I spent an hour trying to download this game demo and it still hasnt work, wouldn't recommend wasting the time.

Are you trying to download it for Quest or PC

this demo is in absolutely unacceptable quality, 100% broken

What problem are you encountering?

fucking all of them, all the problems to have, crashes, the sword spazs the fuck out whenever you try and draw it, dialogue boxes show up empty softlocking the game, putting things in the backpack doesn't align with my hand at all, grabbing the menu thing doesn't work half the time, or does when I don't want it to, auto grabbing isn't aligned with my hand, enemy hit detection is massively fucked, the grip with some of the weapons is beyond stiff and uncomfortable, I'm not going to put it in as a full problem but the settings menu is absolutely baren and again has trouble tracking my hand or inputs, everything feels so janky and uncomfortable that I cannot fully focus on the game in the slightest, If the demo and the full game are in the same functional state (which they should for any game with a demo, period) I am genuinely offended and ashamed this is being sold for money.

When I try to download the game on android it instantly stops the download and when ever I hit retry it does the same thing I've tried with wired and wireless. any way to fix that?

Make sure youre clicking the Quest version.

if you still need help, hop in the Discord and we should be able to help you get it going.

do I need a pc to download Samurai Slaughterhouse on my Quest 2?

You would need either a PC or Android phone to load the game using Sidequest.

Hi TAB Games...downloaded the demo and loved it so much I just bought it for $22....sadly I can't Sideload it. Sidequest SAYS it's installed it alright, but it's nowhere to be found on my Quest2. Help??

Hello!
This happens on rare occasions with SideQuest. You have to uninstall the game (usually using an ABD command).

If you jump on the Discord and look under the FAQ sections, there's detailed steps with a screenshot to help.

If you still can't get it, one of us on the Discord will help you out.

Thanks for the support!

Hello Tab Games. I have purchased your Game Samurai Slaughter House but it's not showing me that I could download it. Please can you help me I don't know what to do.

if you scroll down, there should be a download link. The one that ends in .apk is for the Quest.

If you still have trouble, hop on the Discord and we'll be happy to help!

I came across an issue with Unity games and VR on pimax and some WMR devices. Got reports of this for the game I'm working on as well. The workaround is putting the tracked pose driver of the head on Head instead of HMD Center Eye, but this isn't a proper fix of course.

If you want to help getting this fixed, could you make a bug report to unity and mention case 1377372 so they can link them.

My case was closed because I was unable to submit my project.

If you don't want to do this, at least it's a good thing to look at (:

Is there any haptic feedback ? did not notice any when using Quest 2

Not yet, but its on my list of things to do.

it'll probably be in next week's update.

Absolutely! And I produced all the music in the game, so you won't have to worry about any issues with having it in your videos.

Thank you for the confirmation!

is there a demo i am broke and can't pay

Not yet. I plan on having one in a Steam festival though.

It's also available on my Patreon, which only has a $5 subscription fee. 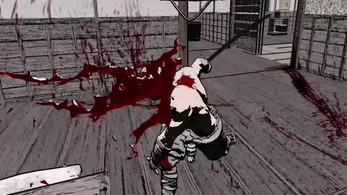 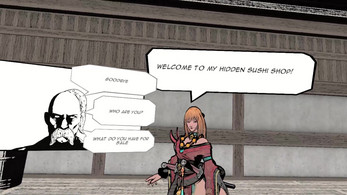 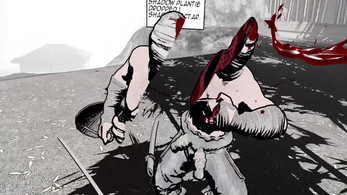 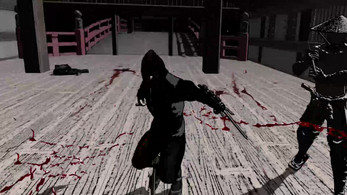 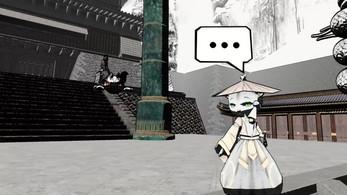 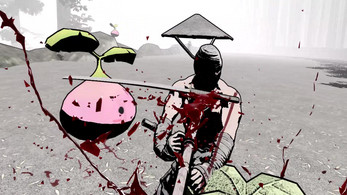 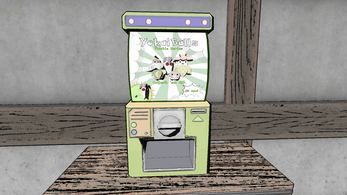 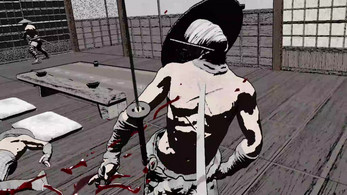 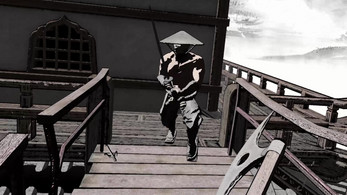 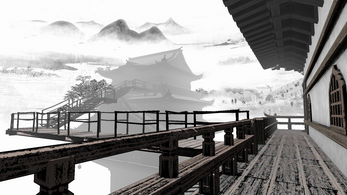 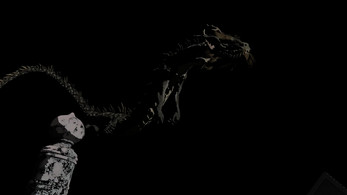 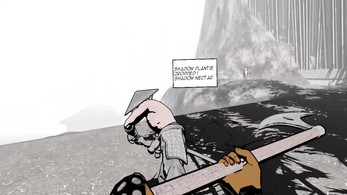 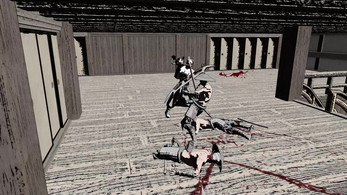